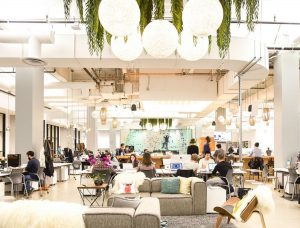 Clubs – A great place to play…

A great place to work in the gig economy.

The Gig Economy and the Future of Work

More and more workers, especially Gen Y are moving away from a 9 to 5 routine. Those workers who are unable to secure full time employment in a challenging labour market have turned to freelancing from necessity. This seismic shift to freelancing has increased the demand for flexible and diverse work and working space options.

This mode of work has grown in line with the online freelancing platforms like UberFood, Airtasker, Airbnb, Freelancer, Air Events Global and Deliveroo. More of this current generation will end up being freelancers, contractors or contingent workers than ever before. Careers are now shaped by working task-by-task for different employers concurrently.

Australia’s gig economy does not figure in employment figures yet, but according to US trends, one third of the national workforce currently participates in contingent work and more than 3 in 4 employers believe that it will be the norm for people to pick up extra work through job related websites or apps.

In this table, Gig 1 refers to independent contractors, consultants and freelancers, Gig 2 refers to all Gig 1 workers plus temp-agency workers and on-call workers and Gig 3 (the broadest measurement) includes all Gig 2 workers plus contract company workers.

In Australia, the largest freelance category is web, mobile and software development (44 percent), followed by design and creative (14 per cent), customer and admin support (13 percent), sales and marketing (10 per cent) and writing (8 per cent). Data revealed that 4.1 million Australians, or 32 per cent of the workforce had freelanced between 2014-2015.

The Rise of Co-working Spaces

Alongside the growth of the freelance economy has been the rise of co-working spaces: working environments where individual professionals work on separate projects in a communal setting. Removed is the isolation contingent workers can feel by housing a collective of passionate and driven freelancers. Connecting with similar-minded people facing similar challenges provides valuable opportunities to innovate. Co-working networks can lead to the formation of valuable business relationships such as investors, partners, mentors or boards of advisors.

In 2014 in Penrith on Sydney’s western outskirts, Debbie O’Connor launched The Creative Fringe offering private offices, desk hire, meeting rooms, training rooms and venue hire. Debbie explains her concept: “Our coworkers assist each other in delivering solutions, as well as providing inspiration and education. We provide an open plan office space ready for collaboration and brainstorming – were our members can create and leverage off one another. To learn. To be inspired – for a day, a week, a month or a year.”

WeWork was a concept launched in the US in 2010 and they now have two spaces in development in Melbourne and in Sydney, spaces in Pyrmont and Martin Place with the George Street location opening soon. They offer private offices, dedicated desks or hot desks. They describe their locations as “the smartly designed workspace of your dreams. Located in some of the city’s most sought-after locations, we put you in historic buildings close to government offices, corporate headquarters, and important locations like the new International Convention Centre. These spaces are perfect for meeting with clients, making valuable connections in your field, or planning team events.”

A little black dress goes from day wear to night wear with the addition of a few clever accessories. Spacious in New York saw that restaurants which were closed during the day could be transformed into an affordable network of co-working spaces and makes them accessible for US$95 per month.

Their ‘workspaces reimagined’ advantages were obvious. Their proposition: “host meetings in well-appointed social space or rent a private room. Make a great impression with clients and co-workers or walk in, take a seat, and start working with fast wi-fi and work-friendly music lets you stay connected and productive or recharge with plenty of outlets for all your devices, free coffee, tea, water and snacks for you and your guests.”

When you arrive at a Spacious location you simply enter your phone number at the kiosk check-in and they text you a wi-fi password and another one an hour before dinner service begins. They also offer free one week trials.

Two Space has launched this concept in Australia with four locations available in Sydney with five more due to launch, one location in Melbourne, with one more due to open there and one to come in Adelaide. Two Space offers Partner Addons in the form of hot desking spaces, meeting rooms, member perks and a Meet Industry Leaders option. They have free trials, individual access for $169 per month and team packages available.

A No Brainer for Clubs…

I challenge clubs to re-imagine any ‘dis’ or under-used meeting rooms, empty or under-used day time restaurant spaces, take a new leap and build even stronger communities around work, food and play.