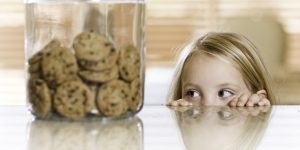 Recent research presented at the National Academy of Sciences in the USA shows that while we know life skills such as persistence, conscientiousness, and control are important in early life, Steptoe and Wardle’s findings also suggested how they are relevant in later life as well.

The higher the scores on those five life skills were associated both cross-sectionally and longitudinally with economic success, social and subjective wellbeing, and better health in older adults.

Their research showed that the number of skills is associated with wealth, income, subjective wellbeing, less depression, low social isolation and loneliness, more close relationships and likelihood of volunteerism.

Longitudinally, these life skills also predicted sustained psychological wellbeing, less loneliness, and a lower incidence of new chronic disease and physical impairment over a 4 year period. These analyses took account of age, sex, parental socioeconomic background, education, and cognitive function.No single life skill was responsible for the associations and neither were socio-economic status or health. The effects depended on the accumulation of life skills. Despite the difficulties of later life, life skills impact a range of outcomes. The research suggest that the fostering and the maintenance of these attributes in adult life may be relevant to health and wellbeing at older ages and benefit the older population.

According to latest findings out of the University of Otago’s world-renowned Dunedin 30 year Multidisciplinary Study it was found children with more self-control turn into healthier and wealthier adults regardless of IQ or social background. Low self-control makes children vulnerable to “snares” that could have life-long impacts on their health, wealth, well-being and criminal history in later life. This study was the first hard evidence that childhood self-control does influence adult outcomes in the general population.

Children as young as three who scored lower on measures of self-control were more likely than children with higher self-control to have the following outcomes as adults:

Their findings also suggested the following:

These two studies have important implications and challenges for developing interventions specifically focused on improving self-control skills for early childhood learning, for parenting, educators and prevention policies for countries with aging populations such as Australia.