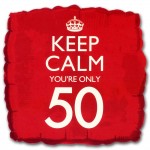 It is a serendipity, I suppose, that the Diversity Council Australia released its Older Women Matter: Harnessing the talents of Australia’s older female workforce report today, the day after my 50th birthday. This has not been an easy birthday for me. My 30th and 40th did not affect me so acutely as this one has, and frankly I can’t wait till all the hoopla in my head is over and done with and I can move on.

A Terrible Waste of Human Capital

In the report, older female workers (defined as 45 years plus) represent a significant employment participation group of Australia’s workforce – 17% to be exact.

With one of the highest life expectancies in the world, most people, particularly women, need to work for many more of these extended years to ensure their financial security.

As Australia ignores the huge pool of talent and experience represented by older women, it is not only a terrible waste of human capital, it undermines the national imperative of growing the economy which results in significant loss to businesses and it impacts the financial, emotional and physical wellbeing of the many women who are consigned to unwanted early retirement.

The Government responded to public interest in the challenges facing older workers by introducing legislation to extend the Fair Work Act 2009 ‘right to request’ flexibility provisions from parents of young children to any employees with caring responsibilities and mature aged workers 55+.

Women’s employment also continues to be a focus for government, as evidenced in the recent passage of the Workplace Gender Equality Act 2012 and the implementation of government-provided paid maternity leave and parental leave schemes.

Does all this positive data make me feel better about being 50? No, because one report does little to break down the fundamental societal attitudes that underlie age and gender discrimination. The fact that Australia has to legislate in order to force employers to recognise the realities of being older and give women a ‘fair go’ the workforce is a tragedy.