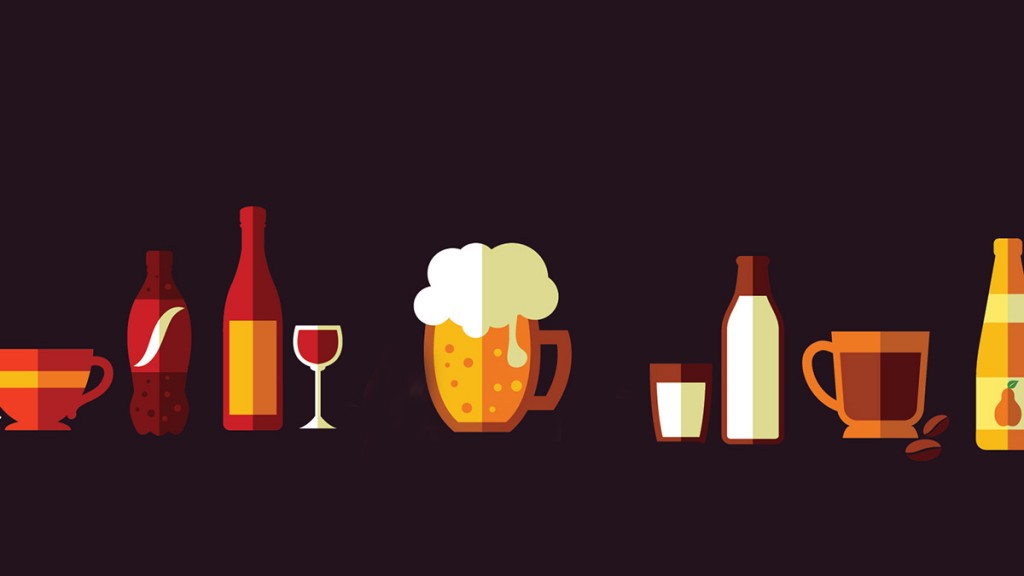 Millennials of drinking age are willing to learn about new styles and flavors of drinks while balancing the desire to explore new tastes with loyalty to a few favourite brands. They are likely to purchase beer, wine, and spirits at a variety of retail and on-premises venues. They drink more than one type of adult beverage with 30% doing so on their last on-premise occasion. Cost is the leading factor in deciding what drink to order. As they age they explore craft beer and wine varietals.

Since 2013 the on-premise drinkers that say the drink menu influenced their decision to visit a particular restaurant, has increased. Drink menus are shrinking with adult beverage items declining 2.2% year-over-year. This parallels the trend towards smaller, more focused food menus.  Less than one-quarter of consumers overall say price is more important than quality in drinks.

Trends include venues that focus on a particular type of alcohol, e.g. bourbon bar; wine on tap; cocktails made with wine, beer, and hard ciders; classic cocktails  such as Martinis and Tom Collins’ are making a come back; more choices in serving sizes; boutique, better-for-you, and hand-crafted options for alcohol, mixers, and garnishes.

In Total Wine & More’s 21st century liquor store, customers can experience virtual wine tastings via live-streaming video on a massive HDTV. They can also enter meal ingredients and cooking method into an app on a tablet and receive a list of suggested wines at different price points to pair with the meal. They can scan the barcode of a product and instantly receive descriptions and ratings for it.

Pubs and fast casual restaurants are installing self-serve beer taps.  Drinkers provide ID and receive a wireless bracelet or card that permits operation of the taps. Customers can choose from dozens of beers on tap and sample several or pour a full glasses.

Craft beer sales grew 15.2% in 2014, this market being driven by younger consumers looking for brands which offer a certain level of distinction as well as beers that are produced locally. The category continues to see innovation such as hard sodas and ciders.

Letsee Beer is a new app which uses augmented reality to provide instant access to beer reviews. Users launch the app, take a photo of the beer they are interested in and the app immediately serves up user reviews and ratings.

Mead sales grew 84% between 2012 and 2014 and production increased 128% from 2013 to 2014. 42 new meaderies opened in 2014 with more planned across the nation. Mead makers experiment with dry, lighter, carbonated meads and as like craft beers, they can be found on-tap and offer an alternative for non-beer drinkers.

Sparkling water volume has grown 26% in the past year. The US top seller in LaCroix  has experienced 50% sales growth. LaCroix, Perrier and San Pellegrino have 30% , 15% and 12% market share respectively. Coke and Pepsi are preparing to launch flavored sparkling water entries.

 ’Woodsy’ waters offer an alternative to coconut water. Cactus or nopal water contains prickly pear cactus juice and is the only known fruit to contain all 24 betalain skin-beneficial antioxidants and is also said to be good for muscle recovery. Birch water,  native to the Nordic and Baltic regions for centuries, helps to eliminate uric acid and contains a naturally occurring sugar, Xylitol. Maple water has a light, refreshing maple taste and is low-calorie and nutrient laden.

A new coffee shop concept in Philadelphia asks customers to serve themselves from a wall of single-serve coffee pods. Customers choose from 136 varieties of hot beverages, purchase their single-serve cup for $1.75 for regular and $3.00 for gourmet blends, and then make their own coffee in a single-serve machine. The shop’s staff cleans and recycles the cups.

Natural wines have no more than one percent share of the wine market but debate is rife. The character of natural wine more closely reflects the places where the grapes were grown. Makers offer more transparency about where and how they were made; however, since they haven’t the additives of mainstream wine (which makes for consistent taste and prevents the wine from turning into vinegar), each bottle of wine a wild card until it is opened. Many natural wine makers are still learning the craft and relying on market feedback for guidance.