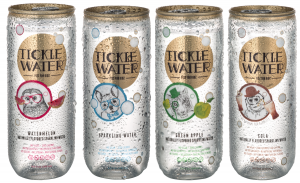 Research into how efficiently different beverages hydrate the human body discovered that milk (both fat-free and whole), orange juice, and oral rehydration solution (e.g. Pedialyte) had a significantly higher hydration index than water. Drinks with moderate amounts of caffeine or alcohol as well as beverages with high levels of sugar had hydration indexes no different than water. The study was conducted by the European Hydration Institute. (Source: The New York Times, June 30, 2016)

Beverage makers are increasingly incorporating botanicals into their ingredient lists. Mixologists and craft cocktail makers are usually the first to try out new herbs and bitters. Others are responding to consumers’ desire for more plant-based alternatives as part of a clean food lifestyle. Botanicals are appealing not only for their flavor but also for functional properties such as sweetener or emulsifier as well as nutritional and health benefits including protein, fiber, antioxidants, and stress relief. One downside to botanical ingredients is they often vary in attributes according to region, weather, and other factors. (Source: Beverage Industry, September 12, 2016)

Tickle Water is positioned as “children’s sparkling water.” The line of naturally flavored, preservative-free, GMO-free, gluten-free, no-salt, no-sugar, and no-calorie sparkling water comes in Green Apple, Watermelon, and Cola flavors as well as an unflavored Natural. The line is available in select markets for $1.49-$1.59 per 8-ounce plastic can. (Source: Beverage Industry, July 28, 2016)

Kombucha, a fermented, functional tea, is catching on with consumers. Kombucha has a variety of health benefits including detoxification, joint health, digestive health, and immune-boosting properties. Nearly one-quarter (23%) of all adults and half (51%) of adults age 25 to 34 report drinking kombucha. Consumers who have tried kombucha plan to repeat their purchase by a two-to-one margin. Kombucha marketers are testing different variations of black tea and fruit flavors to differentiate their product from others. (Source: Beverage Industry, July 12, 2016)

Suja Juice is launching a line of functional drinking vinegars in September. The drinks are made with organic apple cider vinegar and cold-pressed fruits and vegetables. Each bottle contains over 4 billion units of live vegan probiotics, which support digestive and immune health, as well as 3-6 grams of naturally occurring sugars which results in 20-30 calories. The Suja Drinking Vinegars are fermented and unfiltered and have the “mother” still intact. Flavors include Hibiscus Ancho Chile, Strawberry Balsamic, Peach Ginger, Cucumber Ginger, and Lemon Cayenne. (Source: Beverage World, July 26, 2016)

Millennials now make up a greater proportion of wine drinkers (36%) than baby boomers (34%). The younger generation say that the wine they drink says a lot about them. They are also embracing wine sold in cans. The ManCan targets millennial soccer dads who want to drink wine at the pool, a baseball game, or outdoor at the grill. ManCan is available in red and white blends that makes for an easy decision for those without a lot of wine knowledge. The brand wants to eliminate all the barriers to drinking wine. Another wine in a can, Underwood, pokes fun at wine snobs in a series of videos. They, too, want to appeal to people who haven’t tried wine – in this case because of the pomp and circumstance associated with it. Rebel Coast Winery sells wine in bottles but has found ways to stand out on the shelf with names like Sunday Funday and a mustache on its label. Millennials also like rosé which has increased in volume by 48% to 52% year-overyear. (Source: Adweek, August 23, 2016)